Seminars are only available with the purchase of the cruise package through Global Tracks and are not sold separately.

KIMBERLEY STRASSEL
Kimberley Strassel writes the weekly “Potomac Watch” column for The Wall Street Journal, where she is also a member of the editorial board. A graduate of Princeton University, her previous positions at the Journal include news assistant in Brussels, internet reporter in London, commercial real estate reporter in New York, columnist for OpinionJournal.com, and senior editorial page writer. In 2013, she was a Eugene C. Pulliam Distinguished Visiting Fellow in Journalism at Hillsdale College, and in 2014 she was a recipient of the Bradley Prize. She is the author of The Intimidation Game: How the Left Is Silencing Free Speech and, most recently, Resistance (At All Costs): How Trump Haters Are Breaking America.

MARTIN KRAMER
Martin Kramer was the founding president of Shalem College in Jerusalem, where he teaches the modern history of the Middle East. He is also the Koret Distinguished Fellow at the Washington Institute for Near East Policy. He earned his undergraduate and doctoral degrees in Near Eastern Studies from Princeton University, where he prepared his thesis under the supervision of Bernard Lewis. Previously, he taught at Tel Aviv University, where he directed the Moshe Dayan Center for Middle Eastern and African Studies. He is the author and editor of numerous books, including, most recently, The War on Error: Israel, Islam, and the Middle East. 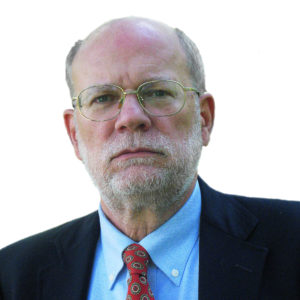 John Steele Gordon, a historian and journalist, is a regular contributor to Commentary, Forbes, American History, National Review, The New York Times, and The Wall Street Journal. A contributing editor at Philanthropy, he writes “The Long View” column for Barron’s. Previously, he wrote the “Business of America” column for American Heritage. He is the author of several books, including Hamilton’s Blessing: The Extraordinary Life and Times of Our National Debt, An Empire of Wealth: The Epic History of American Economic Power, and, most recently, Washington’s Monument: And the Fascinating History of the Obelisk.

CHRISTOPHER CALDWELL
Christopher Caldwell is a contributing editor at the Claremont Review of Books and a contributing opinion writer for The New York Times. He has also written for The Wall Street Journal, The New York Times Book Review, The Spectator (London), The Weekly Standard, and numerous other publications. He is the author of Reflections on the Revolution In Europe: Immigration, Islam, and the West and The Age of Entitlement: America Since the Sixties. 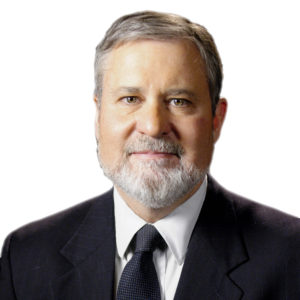 LARRY P. ARNN
Larry P. Arnn is the 12th president of Hillsdale College. He received his B.A. from Arkansas State University and his M.A. and Ph.D. in government from the Claremont Graduate School. He also studied at the London School of Economics and at Oxford University, where he served as director of research for the late Sir Martin Gilbert, the official biographer of Winston Churchill. He served as president of the Claremont Institute for the Study of Statesmanship and Political Philosophy from 1985-2000. In 2015, he received the Bradley Prize from the Lynde and Harry Bradley Foundation. He is the author of Liberty and Learning: The Evolution of American Education, The Founders’ Key: The Divine and Natural Connection Between the Declaration and the Constitution and What We Risk By Losing It, and Churchill’s Trial: Winston Churchill and the Salvation of Free Government.